Since Industrial Ethernet is derivated from office Ethernet, it is clearly an open standard.

Main advantage for customers: there is no restriction with manufacturer’s own proprietary protocols such as with fieldbuses.

Thus any IEEE 802.3 device with a standard 10/100BaseT(X) Ethernet port can be easily connected to each other by just plugging them into the same Ethernet LAN. In addition, Ethernet is already commonplace in office environments, and offers many useful services, such as e-mail, FTP, and web browsing, all well known to users. Applying these services in an industrial control network gives users a head start, since they do not need to spend a lot of time learning new application programs. This also means that training costs can be lowered, and development time can be speeded up, since system developers are already familiar with the software that is readily available for Ethernet applications.

The Internet Protocol Suite (commonly known as TCP/IP) is the set of communications protocols used for the Internet and other similar networks.
It is named from two of the most important protocols in it: the Transmission Control Protocol (TCP) and the Internet Protocol (IP), which were the first two networking protocols defined in this standard.
The TCP/IP model consists of four layers. From lowest to highest, these are the:

The common Ethernet hub simply broadcasts each message it receives to every one of its ports. We may compare it to a loudspeaker.
Each Ethernet device also has to wait for its turn to ‘talk’ to the hub, increasing the probability of message collisions; therefore, real-time operation is jeopardized and determinism is difficult.
Alternatively, a switch automatically determines and remembers where an Ethernet device is located and routes messages only through the appropriate port. This minimizes network loading and enables true deterministic communications over Ethernet.

What information is contained inside a message?

An IP frame contains several information such as:

What is different between unmanaged, Ring or managed solution?

Basically, an unmanaged switch is a device that forwards packets within a LAN. It is a truly plug and play device which does not require any configuration. Just plug in it, connect the Ethernet cables from users such as personal computers or I/O devices, and it will immediately communicate data between users.

The Ring switch has extended capabilities. It allow to connect devices in a Ring topology. When a link is broken, the Ring switch instantly transfers data to new path. This provide fast network and avoid fault on the network.

A managed switch is a device that forwards packets between LANs. This device also has to capability to support loop configurations using Spanning Tree Protocol. Loop configurations are used to prevent a single point of hardware failure in a network. Management Information about the network is also obtained through the switch by querying the MIB can be configured to improve the network performance and control the traffic. They may be configured via a Telnet console or even a web browser. Different management features are available.

Can I connect any kind of Ethernet switches in a ring?

Be careful!
Unmanaged switches cannot form a ring. In an unmanaged Ethernet network there can be only one path between any two ports on the network. If there is more than one path from one switch to another a broadcast message (and in some cases other messages) sent by the network will be forwarded until it completes a loop by returning on the second path. Since the switches forward all broadcasts and do not keep track of the messages they have sent, the returning message will be sent around the loop again and again. A single message circulating forever around a loop at high speed is clearly not a good thing, so no loops are allowed.

Ring switches allow to form rings based on unique proprietary protocol. This protocol is based on MAC address.

Managed switches allow you to form a ring through the RSTP feature. The Rapid Spanning Tree Protocol (RSTP) allows you to have an Ethernet network with extra connections, so if one path between two points on the network fails, another path can be used to deliver messages. If one link or switch fails, another link or switch can take over transparently to prevent unnecessary down time.

How many switches can I connect together on the same LAN?

Switches can be cascaded almost without limit because unlike a passive hub that has retransmission limitations, an active switch regenerates Ethernet messages as if it were an original transmission.

What is Flow Control?

What is the difference between Unicast, Broadcast and Multicast messages?

Broadcast messages are sent to all stations in the network.

Whereas an unicast message is only sent to one station on the network.

Multicast messages are sent to a group of stations, for example video cameras type. Using multicast allows the building of distribution networks, which are suitable for video monitoring or television transmissions over the Internet, i.e. information with one sender and many receivers.

MDI = Media Device Interface
The RJ45 (copper) ports on the switch will automatically detect the cable type (straight-thru vs. cross-wired) and re-configure themselves accordingly.

What is the MAC address?

MAC = Media Access Control
Each Ethernet device has an assigned unique MAC address. This MAC address corresponds to the hardware unique name of the product. It may be compared with the DNA of a human.
This address is fixed during production by the manufacturer and can’t be changed.

Each Ethernet device inserts its unique “MAC” address into each message it sends out. The port on the switch used for a given MAC address is automatically learned when a frame is received from that address. Once an address is learned, the switch will route messages to only the appropriate port, instead of broadcasting messages out all ports like a hub. A time stamp is also placed in memory when a new address is learned. This time stamp is used with the aging feature, which will remove unused MAC addresses from the table after 300 seconds. If a device moves, the associated port on the switch will be changed (migrated) as needed.

In most switches, up to 2,048 MAC addresses can be stored and monitored at any time.

What is an IP address?

The IP address (Internet Protocol) is the unique identifier of each device within a network.
The IP Address of both source and destination device is included in each IP message.
They indicate the source and the destination where IP packets shall go.

An IP address consists of four bytes (for example 192.10.0.5). IP addresses are divided into two parts:

It may be manualy or automaticaly (DHCP) assigned by a server device such as a server, or even a managed Ethernet switch.

There may be cases where you cannot use or do not want to use public IP addresses on your internal network, instead you can use private IP addresses. These IP addresses will not work on an Internet connection, the solution is then to use NAT (Network Address Translation).

Is a switch managed with its IP address or its MAC address?

A managed switch is differentiated in a network using its IP address.

An unmanaged switch will be recognised only based on its MAC address.

Amphenol Ring switches are intermediate models, partially managed. Like unmanaged switches, they use MAC addresses to handle the network.
Moreover, due to a proprietary network, they also offer some of the interesting management features, normally available with managed switches.

How can I access software for the managed switch?

The recommended method for accessing the switch is using a Web User Interface such as Internet Explorer.
This method is very simple. Just be careful by configuring the network parameters. Refer to the Managed Software user manual for details.

Some models may also be accessed with a serial connection or also with a Telnet connection.

VLAN can segregate traffic flowing through a switch to improve bandwidth utilization or security. Segregation is done based on membership in a group of ports (port-based VLANs) or on IEEE 802.1Q tags which include a VLAN ID (tag-based VLANs).

A tag-based VLAN limits traffic based on the VLAN ID in a 'tag' associated with the frame. VLAN tags may be explicitly placed in frames by applications or switching equipment, or implicitly assigned to frames based on the switch port where they arrive.

The VLAN feature is available on our managed switches.

What is port mirroring?

The mirroring feature is ideal for performing diagnostics by allowing traffic that is being sent to and received from one or more source ports to be replicated out a monitoring/target port.
Port mirroring is available both with managed switches and Ring switches.
Data is monitoring with a network monitor software.

What are SNMP, RMON and MIB?

SNMP (Simple Network Management Protocol) and RMON (Remote Monitoring) provide a means to monitor and manage your network. Each SNMP device maintains Management Information Bases (MIBs) containing information about the operation and configuration of the device.

Each MIB contains a variety of information such as:

Is the Ring switch Managed or unmanaged?

The Ring models are “half-managed”. They combines the plug-and-play simplicity of an unmanaged switch with some high performance features of managed switches. Ring Switch can be pre-configured to just run. But it is also possible to fine tune the performance of the ring by using a simple Windows wizard.

Other advanced capabilities include:

A Ring switch bases its switching process on MAC address instead of IP address.
Thus, the Ring switch is a layer 2 device.

What are the advantages of a Ring switch?

The fault tolerance provided by Ring switches is not possible with conventional Ethernet hubs or unmanaged switches.
The RSTP (Rapid Spanning Tree Protocol) algorithm in Managed Switches can be used to create rings. However, Spanning Trees were designed for the office environment and do not guarantee deterministic performance. Ring switches, on the other hand, are deterministic by design and use their knowledge of the well-known alternative paths to ensure real-time recovery of network failures. Ring switches are also simpler to install, with no configuration necessary in most situations.

Ring Advantages Over Spanning Trees and Other Schemes

Can't find the answer to your question? 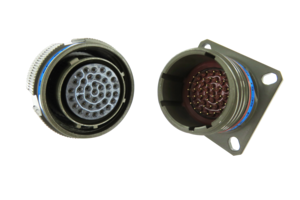 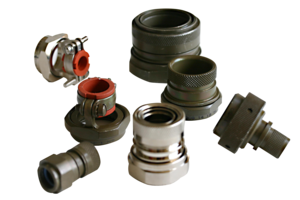 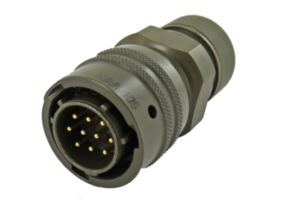